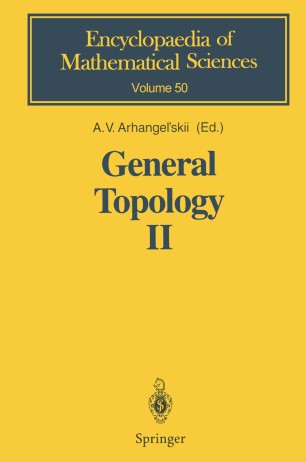 This volume of the Encyclopaedia consists of two independent parts. The first contains a survey of results related to the concept of compactness in general topology. It highlights the role that compactness plays in many areas of general topology. The second part is devoted to homology and cohomology theories of general spaces. Special emphasis is placed on the method of sheaf theory as a unified approach to constructions of such theories. Both authors have succeeded in presenting a wealth of material that is of interest to students and researchers in the area of topology. Each part illustrates deep connections between important mathematical concepts. Both parts reflect a certain new way of looking at well known facts by establishing interesting relationships between specialized results belonging to diverse areas of mathematics.