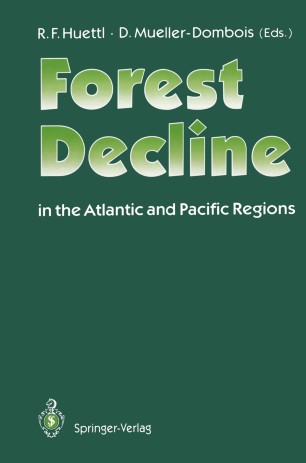 Forest Decline in the Atlantic and Pacific Region

Forest damage, forest decline, forest dieback - not related to biotic agents - is occurring in the Atlantic and Pacific regions. In Europe and Eastern North America this serious problem is considered to be, at least to some part, related to industrial air pollutants and their atmospheric conversion products, such as acid rain or ozone. Forest declines in the Pacific region have been attributed largely to natural causes involving forest dynamics, since air pollution and other negative anthropogenic influences are practically absent. Presented here are typical decline phenomena in the Pacific and Atlantic region, potential causes, effects and mitigation strategies, and the question whether there are any similarities on a functional or structural basis is addressed.