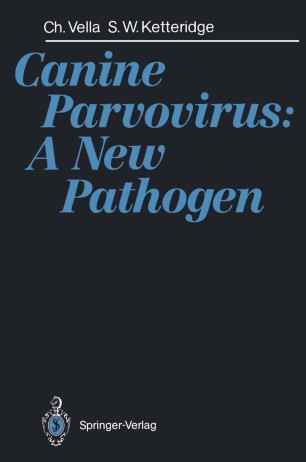 Canine parvovirus (CPV), a new virus of the Canidae first appeared during the 1970s, but disease caused by this virus was not reported until 1978. Then within a few months the virus crossed national and continental boundaries causing high fatality in domestic dog populations. A similar pattern of transmission was seen in sylvatic canines but infection was largely subclinical. Between 1979 and 1981 CPV was replaced worldwide by an antigenic variant designated CPV-2a. The epidemiological advantage of this variant over CPV is not understood. CPV is a new pathogen of dogs that has attracted an impressive body of research. However aspects of the biology of this virus remain unclear, not least of which is the questionof its possible origin. This book presents an up to date and comprehensive review of the natural history of CPV and its control by prophylactic vaccination. Particular attention is paid to the techniques used to examine the relationship between CPV and other parvoviruses. CPV is thought to be a variant of the virulent cat virus FPV (feline parvovirus) and at least one other variant is known MEV (mink enteritis virus). Theories on the genesis of CPV are discussed. An attempt to correlate the evidence and an hypothetical mechanism by which such a variant could have been selected is offered. This hypothesis is complemented by serological evidenceof CPV seroconversion in clinically normal dogs some years prior to the virulent pandemic. Many animal parvoviruses are known and in 1989/1990, no less than 6 new viruses were described. CPV may have arisen from an FPV vaccine strain. The use of modified live vaccines for the control of these viruses is questioned and alternative strategies discussed. A consise chapter on human parvoviruses describes the ever increasing role of B19 in human disease, including that of an opportunistic pathogen in AIDS patients.