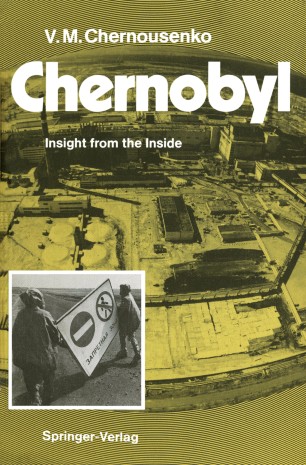 Insight from the Inside

Chernousenko's "Chernobyl" is a first-hand account of the events and facts surrounding this global disaster: The first part of the book includes an absoring account of what happened at Chernobyl nuclear power station on April 26, 1986, as well as a review of the rectification measures taken so far. The author re-analyzes the causes of the accident, confronting us with startling details about critical design faults in the (RBMK) reactors of the Chernobyl type. - The second part deals with the long-range and long-term effects of the catastrophe on man and environment, including a wealth of yet unpublished data along with proposals for future action. - Physicist Vladimir Chernousenko is eminently qualified to write on this topic: In 1986 he was appointed representative of the Ukrainian Academy of Sciences in Chernobyl and the "Zone". He worked in the so-called Special Zone (10-km radius around the reactor) where he received large radiation doses. He was co-author of the internal Government Report for President Gorbachev and the Supreme Soviet. Until 1991 he was scientificdirector of the 30-km exclusion zone. - This book is a vital step towards establishing the truth about the causes of the accident and - even more important - the actual scale of its aftermath. It provides the specialist with the scientific and medical data needed for further investigation and for designing effective countermeasures, whilethe lay reader will profit most from the absorbing accounts and personal statements of eyewitnesses and other people directly affected by the catastrophe. - A unique collection of photographs adds further poignancy to the written descriptions. Appendices are added to explain the most important technical terms for the non-specialist and to provide technical details for the specialist. The book is of equal interest to natural scientists, medics and interested laypersons.