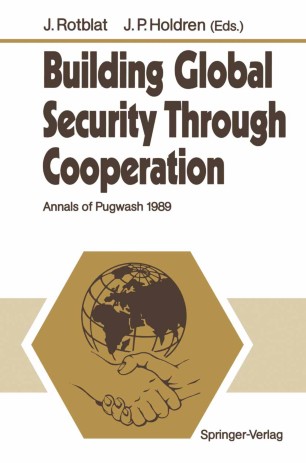 1989 was by any standards an extraordinary year: the year in which the Cold War ended. However, although much has changed, much remains unresolved or not changed at all. Even though the rationale for the huge military forces has been removed from the East-West relationship, these forces still retain a tremendous potential to do harm. Moreover, threats to peace may grow along North-South and South-South axes. An example of such a threat is the rapid growth in size and sophistication of military arsenals in the South. The contributions to this volume make it clear that the problems of East and West, North and South are inter- twined. Security can be gained only through cooperation. The contributors, who come from widely differing geographical, cultural and political backgrounds, all share the Pugwash tradition of scientific objectivity.