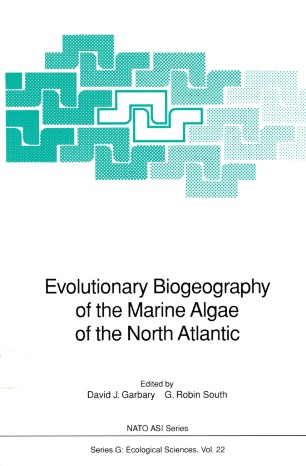 Evolutionary Biogeography of the Marine Algae of the North Atlantic

Algal systematists, geologists and evolutionary biologists provide a synthesis of the evolutionary biogeography of red, brown, and green algae of the North Atlantic Ocean also considering their relationships with species and genera in the Arctic and Pacific Oceans as well as other subtropical and tropical seas. The history of the Atlantic Basin and its connections to other ocean basins is treated from the geological, paleontological and paleoclimatic perspective. This is contrasted with biogeographic analyses of marine animal systems and the role of plant/animal interactions in evolution. Some of the approaches include traditional systematic studies, cladistic analysis, the experimental evaluation of environment in establishing distribution limits and the application of molecular biology.