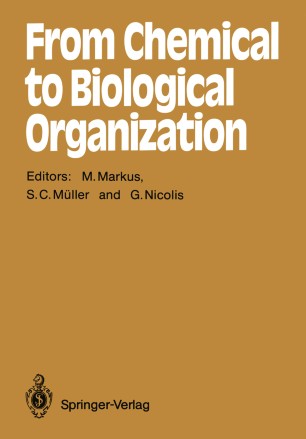 From Chemical to Biological Organization

Open nonlinear systems are capable of self-organization in space and time. This realization constitutes a major breakthrough of modern science, and is currently at the origin of explosive developments in chemistry, physics and biology. Observations and numerical computations of nonlinear systems surprise us by their inexhaustible and sometimes nonintuitive variety of structures with different shapes and functions. But as well as variety one finds on closer inspection that nonlinear phenomena share universal aspects of pattern formation in time and space. These similarities make it possible to bridge the gap between inanimate and living matter at various levels of complexity, in both theory and experiment. This book is an account of different approaches to the study of this pattern formation. The universality of kinetic, thermodynamic and dimensional approaches is documented through their application to purely mathematical, physical and chemical systems, as well as to systems in nature: biochemical, cellular, multicellular, physiological, neurophysiological, ecological and economic systems. Hints given throughout the book allow the reader to discover how to make use of the principles and methods in different fields of research, including those not treated explicitly in the book.