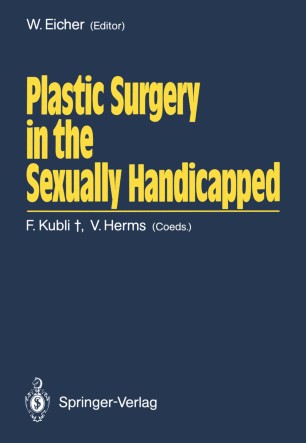 Plastic Surgery in the Sexually Handicapped

Sexual medicine is an interdisciplinary subject. Special knowledge of normal and disturbed sexuality is expected of general practitioners, gynecologists, dermato­ logists, urologists, specialists in internal medicine, neurologists, psychiatrists, and psychotherapists. Sexual dysfunctions may occur in connection with organic lesions or as psychosomatic phenomena. They are brought to the practicing physician's attention by the patient either directly or in the form of factitious symptoms. The disturbed sexual function generally causes suffering and so motivates the patient to consult a physician. Psychosomatic aspects are thus very much to the fore. In a significant number of cases, however the disturbances stem from a physical-functional handicap which not only affects the patient's general personality but also has a direct adverse effect on sexual function. The physical defect leads to disturbances of the body-image, and so can cause impairments in the sexual sphere both directly and indirectly. The diseases which result in sexual handicap and which can be treated by reconstructive surgery were examined and discussed at an international satellite symposium of experts on the occasion of the 8 th World Congress for Sexology in June 1987. The papers presented at this symposium have been collected and edited in this volume.