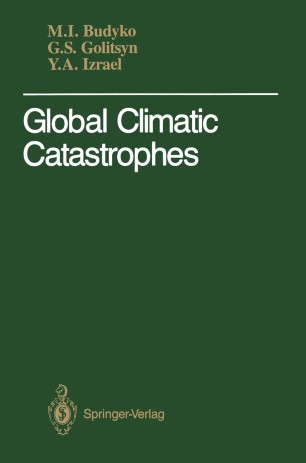 The necessity of eliminating the possibility of a large-scale nuclear conflict from the future of mankind is the most important problem of our times. There is no doubt that the probable aftereffects of such a conflict would by many times exceed the damage caused by the First and Second World Wars, the greatest in history. The question of the scale of the damage that would be inflicted upon liv­ ing nature by nuclear weapons has, however, not yet been fully clarified. It is clear that this damage would not be local, i.e., restricted to destruction in only the places of nuclear explosion. As a result of nuclear detonations, the atmosphere and hydrosphere would receive many harmful substances, including the radioactive waste products of nuclear reactions. These substances can be transferred by air flows and water currents over long distances, thus considerably increasing the area of harmful influence of nuclear bursts. There is no doubt that the indirect effects of nuclear warfare would inflict enor­ mous damage on mankind, since the present human society can only exist by a complicated system involving the production of foodstuffs, manufactured goods, medical supplies, etc. The destruction of even separate but important links of this system would bring about starvation, epidemics, and other calamities, which would spread to areas not directly involved in the nuclear conflict.