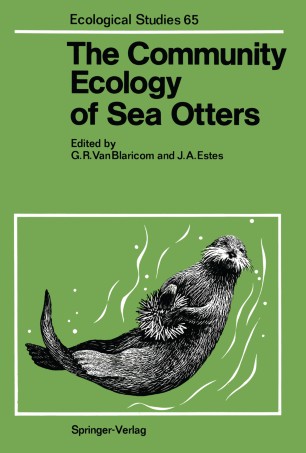 The Community Ecology of Sea Otters

The impetus for this volume comes from two sources. The first is scientific: by virtue of a preference for certain large benthic invertebrates as food, sea otters have interesting and significant effects on the structure and dynamics of nearshore communities in the North Pacific. The second is political: be­ cause of the precarious status of the sea otter population in coastal California, the U.S. Fish and Wildlife Service (USFWS) announced, in June 1984, a proposal to establish a new population of sea otters at San Nicolas Island, off southern California. The proposal is based on the premise that risks of catastrophic losses of sea otters, due to large oil spills, are greatly reduced by distributing the population among two geographically separate locations. The federal laws of the U.S. require that USFWS publish an Environmental Impact Statement (ElS) regarding the proposed translocation of sea otters to San Nicolas Island. The EIS is intended to be an assessment of likely bio­ logical, social, and economic effects of the proposal. In final form, the EIS has an important role in the decision of federal management authority (in this case, the Secretary of the Interior of the U.S.) to accept or reject the proposal.