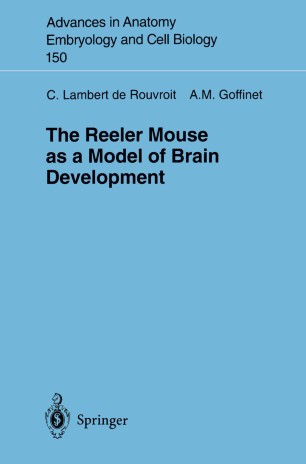 The Reeler Mouse as a Model of Brain Development

Only five years ago, nobody in his right mind would have consid­ ered publishing a book on reeler as a model for brain develop­ ment. Although this interesting mutation has been with us for half a century, it is fair to say that, in spite of a wave of enthusiasm in the late sixties and early seventies, generated primarily by Sidman, Caviness and colleagues, studies of reeler mice fell pro­ gressively out of fashion during the next two decades. All that changed almost overnight when the cloning of the reeler gene, dubbed reelin, was reported in Tom Curran's laboratory in 1995. The fact that the same gene was identified at the same time independently by two other groups using positional cloning sug­ gested strongly that reelin was the right candidate. Although the key experiments of transgenic rescue have not been made (and perhaps will never be), the equation "reeler is reelin" has been established beyond reasonable doubt, as alterations of the reelin gene and/or its expression have been found in at least five alleles of reeler and in the mutation Shaking Rat Kawasaki (SRK), an ortholog of reeler.