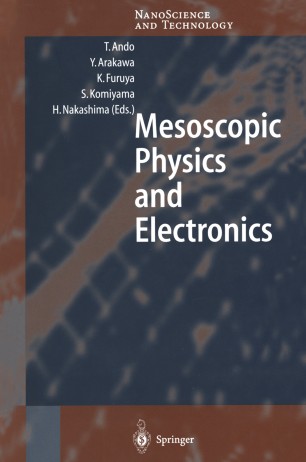 The combination of the lithography technology and the semiconductor heterostructure has produced quantum wires, quantum dots, antidots, quantum point contacts, etc. In such quantum structures, various new phenomena have been observed in the electron transport at low temperatures, such as conductance quantization due to the ballistic electron motion, universal conductance fluctuations due to quantum interference effects, and single-electron tunneling due to the discreteness of the electronic charge. They have provided challenging subjects important from the point of view of fundamental physics, and their possible device applications are actively pursued. Quantum wires and dots are expected also to be able to significantly improve optical devices such as lasers. This book provides general reviews on various subjects of pure physics, device physics, and materials research concerning such quantum structures, starting with a general introduction of physics of mesoscopic systems.