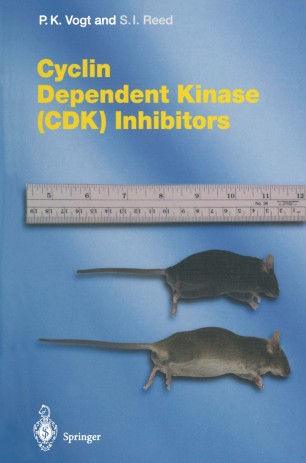 More than 10 years ago, the discovery of cyclin-dependent ki­ nases (Cdks) ushered in a new era in the understanding of cell proliferation and its control. Not only were both of the known cell cycle transitions, from G 1 to S phase and G2 to M phase, found to be dependent on these protein kinases, but the reg­ ulatory assumption intrinsic to cyclin-dependent kinases, a stable inactive catalytic subunit (the Cdk) and an unstable requisite positive regulatory activating subunit (the cyclin), led to a simple model for cell cycle control. Modulation of cyclin accumulation, and thereby Cdk activation, was proposed to be the overarching principle governing the passage through cell cycle phases. An­ other reality to emerge from the discovery of Cdks was the ex­ ceptional degree of evolutionary conservation maintained in the machinery and organization of proliferation control. Not only were Cdks shown to be structurally conserved between yeast and man, but mammalian Cdks could substitute functionally for the endogenous enzymes in a yeast cell. The problem of cell cycle control was thought to have been virtually solved. The ensuing years have provided a much more complex view of cell cycle control and the role and regulation of Cdks. The uncritical enthusiasm with which many of the ideas were em­ braced has required tempering. For example, although Cdks appear to be highly conserved phylogenetically, cyclins are much less so.