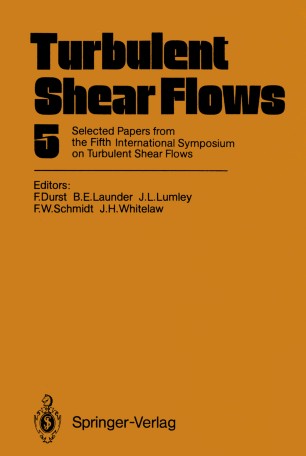 The first four symposia in the series on turbulent shear flows have been held alternately in the United States and Europe with the first and third being held at universities in eastern and western States, respectively. Continuing this pattern, the Fifth Symposium on Turbulent Shear Flows was held at Cornell University, Ithaca, New York, in August 1985. The meeting brought together more than 250 participants from around the world to present the results of new research on turbulent shear flows. It also provided a forum for lively discussions on the implications (practical or academic) of some of the papers. Nearly 100 formal papers and about 20 shorter communications in open forums were presented. In all the areas covered, the meeting helped to underline the vitality of current research into turbulent shear flows whether in experimental, theoretical or numerical studies. The present volume contains 25 of the original symposium presentations. All have been further reviewed and edited and several have been considerably extended since their first presentation. The editors believe that the selection provides papers of archival value that, at the same time, give a representative statement of current research in the four areas covered by this book: - Homogeneous and Simple Flows - Free Flows - Wall Flows - Reacting Flows Each of these sections begins with an introductory article by a distinguished worker in the field.