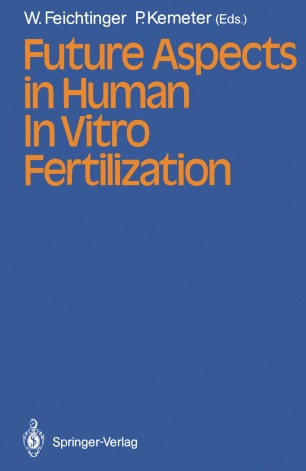 While the organization of an international congress on in vitro fertilization (IVF) was an entirely new venture for us in 1983, since we had no experience but were full of optimism, we approached the organization of a second Congress in Vien­ na in 1986 much more calmly. Our experience had increased as had the readiness of many of our friends to help and of people interested in cooperating. However, would our Congress not lose its originality on account of the increased routine? This was certainly a possible danger which we wanted to prevent by means of two counter measures. The first concerned the scientific program: the new and trend-setting aspects of IVF would be discussed primarily rather than the results of traditional methods. The second measure concerned the social program, aimed more at private contacts in the intimate and familiar atmosphere of homes and workplace rather than meetings in luxurious but impersonal public institu­ tions. We believe that both these measures achieved the desired effect. Although we could not avoid some events taking place at the same time, the most important problems were treated and discussed jointly. Thus, the Congress was easy to survey, and all topics were thoroughly discussed.