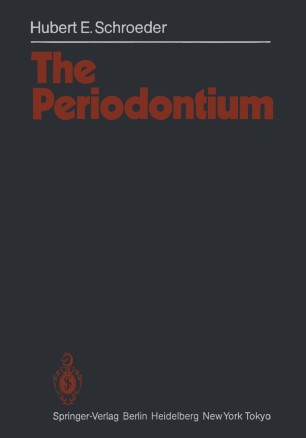 In their contribution to the first edition of this Handbook, entitled "The Teeth," LEHNER and PLENK (1936) discussed the tissues constituting the "perio­ dontium" rather briefly. In contrast to the detailed paragraphs dealing with, for example, enamel and dentine, the section (about 40 pages and 20 illustra­ tions, mostly drawings) devoted to periodontal tissues failed to provide a factual review and summary of the contemporary knowledge and latest developments in research on the various components of the periodontium. Instead, much of the text was an attempt to arrive at conclusions from often purely semantic speculations, playing the various schools of thought against each other, provid­ ing arguments in favor of the authors' views and arguments for the feasibility and probability of accepting or rejecting the often diverse opinions, while the reader was referred to the already existing literature for factual details. Since 1936, however, factual details ofthe structural biology of the periodon­ tal tissues, i. e. their development, structure, function, and physiology, have been greatly extended and have been internationally accepted. With much less opin­ ionated belief to cope with, this knowledge has formed the solid foundation upon which diagnosis, prevention, and treatment in the fields of clinical perio­ dontology, modem orthodontics, and re- and transplantation procedures of teeth have been built.