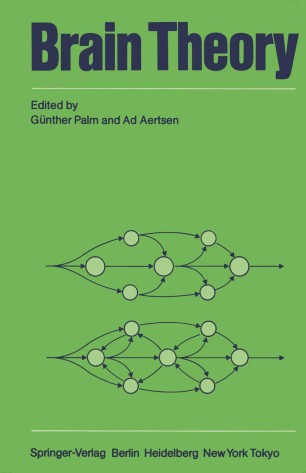 Proceedings of the First Trieste Meeting on Brain Theory, October 1–4, 1984

The present collection of papers forms the Proceedings of the First Meeting on Brain Theory, held October 1-4, 1984 at the International Centre for Theoretical Physics in Trieste, Italy. The Meeting was organized with the aim of bringing together brain theorists who are willing to put their own research in the perspective of the general development of neuroscience. Such a meeting was considered necessary since the explosion of experi­ mental work in neuroscience during the last decades has not been accompanied by an adequate development on the theoretical side. The intensity of the discussions during the Meeting is prob­ ably reflected best in the report of the organizers, reprinted here following the Preface. During the Meeting it was decided that a workshop of this kind should be repeated at regular intervals of approximately 2 years. The International Centre for Theoretical Physics in Trieste has kindly agreed to act as host for future meetings. The present Meeting was supported by grants from the In­ ternational Centre for Theoretical Physics and the International School for Advanced Studies in Trieste, IBM-Germany through the "Stifterverband fur die Deutsche Wissenschaft" and the Max­ Planck-Institute for Biological Cybernetics.