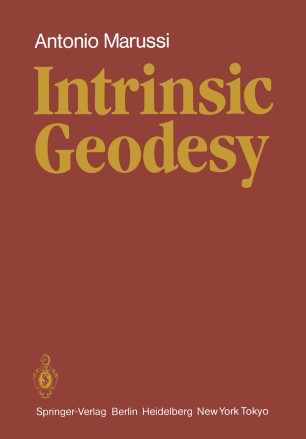 The science of Geodesy has undergone far-reaching changes in the last half century. The impact of new technology, from electromag­ netic distance measurements to the use of artificial satellites, has been great, and is still largely to be felt. These changes have forced the practitioners of the ancient art of Earth measurement to alter their way of thinking about the space that surrounds us, something fundamentally more difficult than absorbing a new technology. A key influence in this modem change in geodetic thinking has been the work of Antonio Marussi, in his scientific publications from 1947 onwards, through his students and collaborators at the Uni­ versity of Trieste, and in the series of symposia on three-dimensional Geodesy which he organised with his great friend and collaborator, Martin Hotine. His influence on the latter, stemming from their first meeting at the General Assembly of the International Association of Geodesy in Oslo in 1948, was remarkable in itself, leading as it did to the ultimate publication of Hotine's Mathematical Geodesy in 1969.