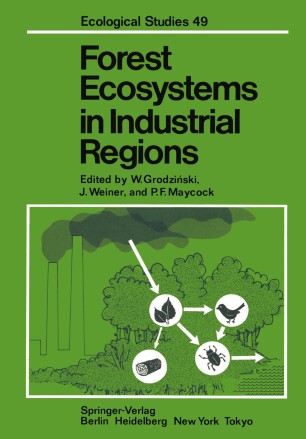 A number of well-known forests have been the object of studies by ecological teams. Every ecologist is familiar with the names of forests such as Whytham Woods in England (Elton 1966), Solling in West Germany (Ellenberg 1971), Hubbard Brook in New Hampshire, U. S. A. (Likens et al. 1977, Bormann and Likens 1979), and ladra6s in Central Sweden (Persson 1980). The number of such team studies grew rapidly during the period of the International Biological Programme (Reichle 1981). Each of these forests represented aspects oflocal and general interest. The Niepolomice Forest in Southern Poland (Fig. 1) does not possess any spectacular features and it may be regarded as a typical forest of the lowlands of continental Europe. Situated in the Vistula River Valley, 20 km east of Cracow (50°07' N, 20°23' E) it consists of two major sections: an extensive pine forest of the Pino-Quercetum type, and a smaller, deciduous, oak-hornbeam- Fig. 1. The location of the Niepolomice Forest in Southern Poland VI Preface Tilio Carpinetum forest. This huge forested area (11,000 ha) owes its survival in one of the most densely populated parts of Europe to a long period of protection as a royal hunting ground. The period of royal protection ended abruptly at the turn of 20th century under the devastating blows of two world wars followed by perhaps an even greater danger, the effects of modern developments in heavy industry.