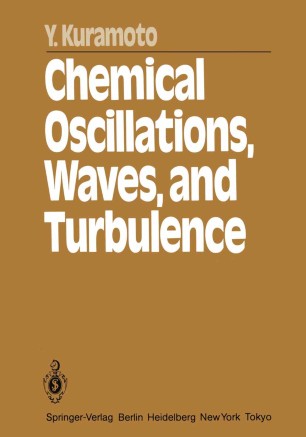 Tbis book is intended to provide a few asymptotic methods which can be applied to the dynamics of self-oscillating fields of the reaction-diffusion type and of some related systems. Such systems, forming cooperative fields of a large num­ of interacting similar subunits, are considered as typical synergetic systems. ber Because each local subunit itself represents an active dynamical system function­ ing only in far-from-equilibrium situations, the entire system is capable of showing a variety of curious pattern formations and turbulencelike behaviors quite unfamiliar in thermodynamic cooperative fields. I personally believe that the nonlinear dynamics, deterministic or statistical, of fields composed of similar active (Le., non-equilibrium) elements will form an extremely attractive branch of physics in the near future. For the study of non-equilibrium cooperative systems, some theoretical guid­ ing principle would be highly desirable. In this connection, this book pushes for­ ward a particular physical viewpoint based on the slaving principle. The dis­ covery of tbis principle in non-equilibrium phase transitions, especially in lasers, was due to Hermann Haken. The great utility of this concept will again be dem­ onstrated in tbis book for the fields of coupled nonlinear oscillators.