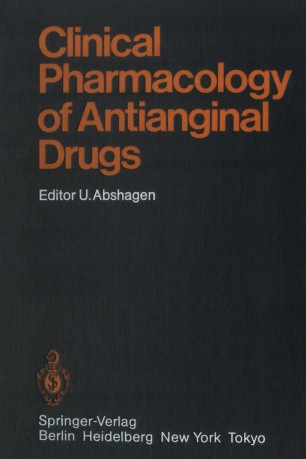 When I was asked some years ago by the editors of the Handbook of Experimental Pharmacology to edit a new volume on Antianginal Drugs, I agreed on the condition that, in accordance with my scientific background, primary emphasis be given to clinical pharmacology and therapeutics. It soon turned out that, due to rapid developments in this field, nothing of the previous volume on Antianginal Drugs by Charlier (Vol. 31, 1971) could be retained apart from its basic idea of devoting considerable space to methodology. Since editors must operate within certain limits, I had to abstain from dealing with acute myocardial infarction in detail despite the well-known overlap between unstable angina, the preinfarction syndrome, and acute myocardial infarction. It was only possible for acute myocardial infarction and the concept of reduction of infarct size to be briefly discussed within the chapter on pathophysiology of acute coronary insufficiency. The chapter on invasive methods provided an opportunity to touch on new approaches to early intervention in acute myocardial infarction. Here, intracoronary streptokinase therapy and PTCA are considered, again with attention to the overlap between mechanical and pharmacological interventions.