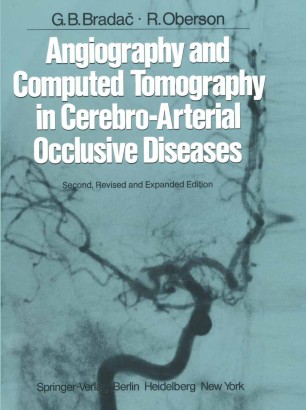 In this age when we are witnessing a veritable explosion in new modalities in diagnos­ tic imaging we continue to have a great need for detailed studies of the vascularity of the brain in patients who have all types of cerebral vascular disease. Much of the understanding of cerebral vascular occlusive lesions which we developed in the last two decades was based on our ability to demonstrate the vessels that were affected. Much experimental work in animals had been done where major cerebral vessels were obstructed and the effects of these obstructions on the brain observed pathologically. However, it was not until cerebral angiography could be performed with the detail that became possible in the decades of the '60 's and subsequently that we could begin to understand the relationship of the obstructed vessels observed angiographically to the clinical findings. In addition, much physiologic information was obtained. For instance, the concept ofluxury perfusion which is used to describe non-nutritional flow through the tissues was observed first angiographically although the term was not used until LASSEN described it as a pathophysiological phenomenon observed during cerebral blood flow studies with radioactive isotopes. The concept of embolic occlusions of the cerebral vessels as against thrombosis was clarified and the relative frequency of thrombosis versus embolism was better understood. The concept of collateral circulation of the brain through so-called meningeal end-to­ end arterial anastomoses was vastly better understood when serial angiography in obstructive cerebral vascular disease was carried out with increasing frequency.