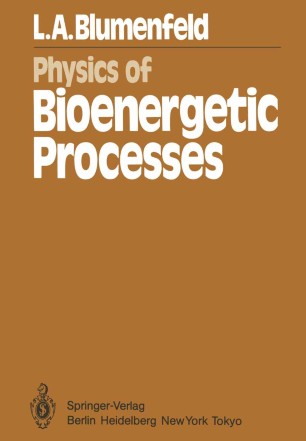 According to its definition, synergetics is concerned with the cooperation of indi­ vidual parts of a system that produces macroscopic temporal, spatial or functional structures. A good deal of the volumes published within this series dealt with the formation of truly macroscopic structures which we can s. ee with our eyes. A common scheme could be developed to understand the formation of many patterns through self-organization. In particular, we have to use concepts which go beyond conventio­ nal thermodynamics. New ideas became crucial. We have to study kinetic processes, and often few highly excited degrees of freedom play the decisive role in the evo­ lution of structures. Over the past years it has turned out that quite similar lines of approach apply to a world which at first sight would be classified as "microsco­ pic". That world consists of processes in which biomolecules are involved. An impor­ tant example for the problems occurring there is provided by Manfred Eigen's theory of evolution of life at the molecular level (cf. his contribution to Volume 17 of this series). Another important example has been provided by Blumenfeld's book on problems of biological physics (Vol. 7 of this series). There it was proposed to treat biological molecules as machines which, in a certain sense, work through "macros­ copic" degrees of freedom.