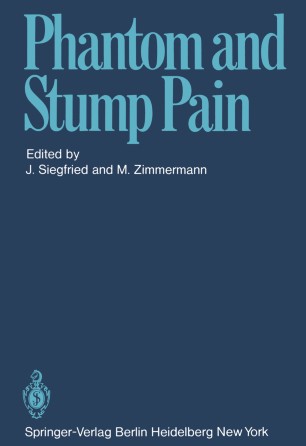 The phenomenon of phantom limb was described in medical literature at least as early as 1545 by Ambroise Pare, according to the notes in the translation of Lemos' dissertation, "On the Continuing Pain of an Amputated Limb", by Price and Twombly [9]. This strange experience was brought to public attention by a popular essay anonymously published 1866 by Mitchell concerning the story of George Dedlow, a quadriamputee who described his invisible limbs [7]. In 1871 Mitchell wrote under his own name, and was the. first to use the term "phantom limb" [8]. In this work, he also corrected some erroneous beliefs that had arisen from his 1866 essay [13]. Most amputees report feeling a phantom limb almost immediately after amputation of an arm or a leg [11]. It is a positive sensation, usually described as tingling or numbness, which is not painful. The most distal parts of the limb, particulary the digits, thumb, and index, are the strongest and most persisting phantom sites, and may be the only parts to appear even after removal of a whole limb. The elbow or knee is sometimes involved, the forearm or lower leg rarely, and the upper arm and thigh almost never [5]. The phantom thus appears to consist predominantly of those parts which have the most extensive representa­ tion in the thalamus and in the cerebral cortex.