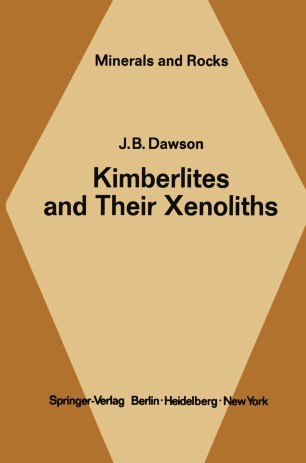 Kimberlites and Their Xenoliths

Part of the Minerals and Rocks book series (MINERALS, volume 15)

In these days of information explosion and high-cost publishing, it is perhaps only reasonable for an author to convince the reading public that it is getting something worth reading. After all, intense research into the upper mantle over the past two decades has already resulted in a number of volumes on kim­ berlites and their xenoliths. So why yet another one? First, in this book I have concentrated on kimberlite as an individual rock-type and a sampler of the upper mantle, in the hope of complementing such monographs as Deep seated inclusions in kimberlites and the problem of the composition of the upper mantle by N. V. Sobolev and Geologie du Diamant by M. G. Bardet, which have concentrated more on specific aspects of kimberlite and upper mantle geology; as a result I have not attempted to describe diamond prospecting and mining and, although I have attempted to give some of the up-to-date views on xenolith petrology, the confines of space have not permitted me to explore the complexities of the upper mantle as deeply as has Sobolev. Second, the literature is vast and I have tried to pull together for the reader the wide range of views and infor­ mation presented both in the recent geological literature and in recent multi-author volumes such as the Proceedings Vol­ umes of the two International Conferences on Kimberlite held at Capetown in 1973 and Santa Fe in 1977.