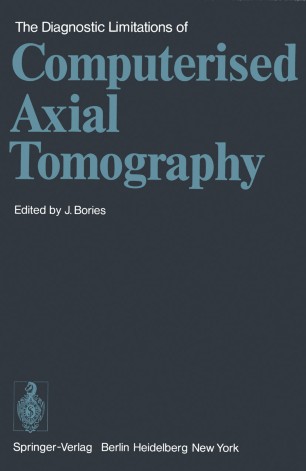 Since its presentation by G.N. Hounsfield at the second Congress of the European Association of Radiology in Amsterdam in June 1971, "Computerised Trans­ verse Axial Tomography" which became later on "Computerised Axial Tomography (CAT)" then simply "Computed Tomography (CT)" has developed extremely rapidly. Many papers have appeared in a short time, pointed out the substantial advantages of this new technique and precisely describing the characteristic images obtained. The number of devices is already considerable and their evolution tends towards the improvement of the quality of images and the shortening of exploration time. It is not an exaggeration to say that there is no longer any Neuroradiology without computed tomography. Does that mean that this new technique is infallible and that classical neuroradiological techniques are due to disappear in the near future? Experience shows that if certain techniques, such as gas encephalography, 'are less frequently employed since CT, others, such as cerebral angiography, are still commonly required.