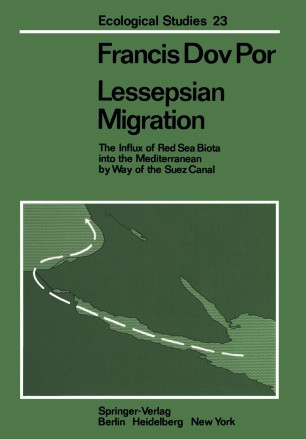 There are few achievements of modern man which can compare to the Suez Canal. In Egypt-the land of the most famous wonders of antiquity-the Suez Canal was built as the first technical wonder ofthe industrial revolution. Ferdinand de Lesseps was a man straddling two epochs-the romantic utopism of Saint­ Simon and the modern world of technocracy. The gigantic project was at its start shouldered by the crowds of tens of thousands of forced laborers still available and ended as a show-piece for modern mechanical earth-moving techniques. The canal builders themselves were still polyhistors in the old sense: engineers­ cum-zoologists; naval officers-cum-geologists; diplomats meddling with chem­ istry. During the four generations of the existence of the Suez Canal, the fateful professional narrowmindedness became progressively worse. The engineers con­ tinued their work in and around the Canal, but they became oblivious and unresponsive to the environmental impact, to the fascinating changes in the biotic scenery which they were producing with their own hands.