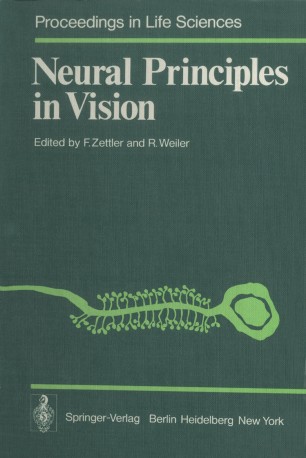 Scientific investigation of the retina began with extensive studies of its anatomical structure. The selective staining of neurons achieved by the Golgi method has led to a comprehensive picture of the architecture of the tissue in terms of its individ­ ual elements. Cajal, in particular, used this tech­ nique to reveal the fundamentals of retinal struc­ ture. In the studies that followed, selective stain­ ing method continued to be decisive in the analysis of neuroanatomy, and in recent years these techniques have been complemented by electron microscopy. The complexity of retinal structure that has been revealed demands a functional explanation, and elec­ trophysiology attempts to provide it. But functional analysis, like anatomy, must ultimately be based on the single cell. It is only by using dyes to mark the recording site that one can identify the cells involved. When this succeeds, as it has recently, one can actually fit functional events into the ana­ tomical framework. With these advances, our strate­ gies and tactics toward an understanding of the structure and function of the retina have moved in­ to a new phase.