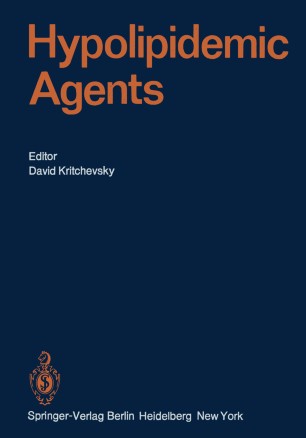 The major cause of death in the Western world is some form of vascular disease; and principal among these forms is atherosclerotic heart disease (ASHD). Although much is known about the etiology and treatment of ASHD, there is, as yet, no specific means of prognosis of an impending coronary episode. There are, however, several indications of susceptibility to coronary disease, generally known as risk factors, the foremost of which is hyperlipidemia. Hyperlipidemia is more commonly designated as hypercholesteremia or triglyceridemia, depending upon which moiety is elevated, but since lipids are transported in the blood as members of a lipoprotein complex, the most descriptive general term would be hyperlipoproteinemia. This volume represents an effort to elucidate the origins and metabolic behavior of lipoproteins and their components, to describe aspects of the morphology, biochemistry and experimental induction of ASHD, and to describe modalities of treatment. The contributions to this book include descriptions of cholesterol synthesis and metabolism, as well as the metabolism of bile acids, the principal products of cholesterol metabolism. There are also chapters on the mechanisms of hyperlipidemia and on lipoprotein metabolism. The induction of experimental atherosclerosis and the aortic structural changes caused by this disease are discussed.