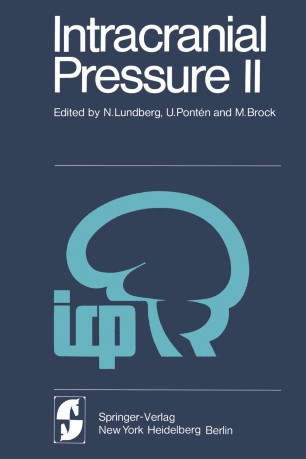 Since the early days of neurosurgery the management of patients with intracranial hypertension has formed part of the day-to-day routine of the neurosurgeon. The introduction of modem techniques for the clinical monitoring of the intracranial pressure (ICP) meant a firmer basis for the diagnosis and treatment of these patients but it also started a new research boom in the pathophysiology of ICP, and its integration with the intracranial dynamics and metabolism of the brain. This development was clearly demonstrated at the first ICP symposium which was most successfully arranged in 1972 by Hermann Dietz and Mario Brock at the Medizinische Hochschule of Hannover. The widespread interest in ICP problems which was so obviously demonstrated during this meeting evoked the idea that further ICP symposia might be warranted. At a final conference the organizers and members of the advisory board agreed that a second ICP symposium should be arranged two years later, and suggested that it should be held in Lund. This volume contains the papers presented at the Second ICP Symposium held in Lund on June 17-19, 1974. A total of 132 papers were submitted. 102 were accepted and included in the abstract volume which was issued to all participants beforehand. The selection was made by the organizing committee in co-operation with the advisory board and the chairmen.