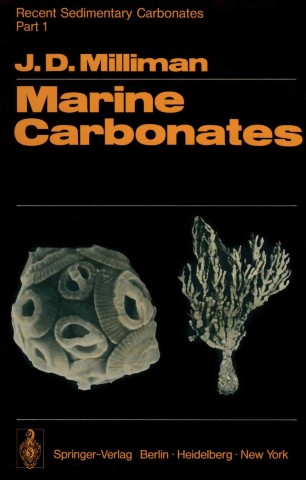 Few fields of research in the earth sciences have produced as much data and litera­ ture as the study of carbonate sediments and rocks. The past 25 years in particular, have seen a significant increase in studies concerning modern marine and fresh­ water carbonates. With the present worldwide interest in oceanographic research, marine carbonates have received the bulk of the attention, particularly with respect to shallow-water sediments. However, in terms of the variety of environ­ ments, compositions and modes of formation, non-marine carbonates probably encompass a wider spectrum than do marine types. Our purpose is to present a two-volume treatise on carbonate sediments and rocks, both marine and non-marine. We have confined ourselves to the discussion of modern (Holocene) environments, sediments and components, assuming that the compilation of these data will not only be relevant to those working with modern carbonates but will also serve as a necessary reference source for those interested in ancient analogs. The first volume, by MILLIMAN, deals almost exclu­ sively with marine environments, while the second volume, by MULLER and FORST­ NER, will concentrate on the non-marine carbonates.