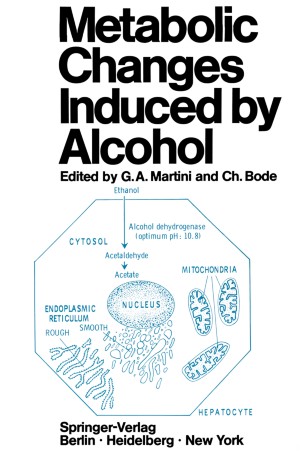 In nearly all parts of the world, the consumption of alcohol is increasing, and the morbidity and mortality of diseases induced by alcohol are rising correspondingly. It has been stated that alcohol is consumed because it pro­ duces intoxication. This effect is due to its toxicological influence on the central nervous system with the resulting functional disturbances. For many years, the concept that alcoholic liver disease was of nutritional origin and only indirectly related to alcohol consumption and metabolism was accepted. Opinion has changed gradually in recent years and tends now to regard alcohol itself through its combustion, as responsible for many metabolic disorders. Interest in this problem has increased during the past decade, and numerous papers bearing on this subject have appeared. It seems that the oxidation of alcohol in the liver interferes in many ways with the intermediary metabolism of lipids, carbohydrates and proteins, including enzymes and hormones, and exerts damaging influence on the liver, the musculature, the heart, the brain and the kidneys. The "Workshop Symposium" brought together a limited number of the scientists involved in the new development, biochemists, physiologists, pharmacologists, pathologists and clinicians from eight European countries and from the United States and allowed a very lively and informal exchange. The symposium was honored by the presence of Sir Hans Krebs, whose vast experience stimulated the discussion. It is a great pleasure to dedicate this volume to Sir Hans on the occasion of his 70th birthday on August 25th.