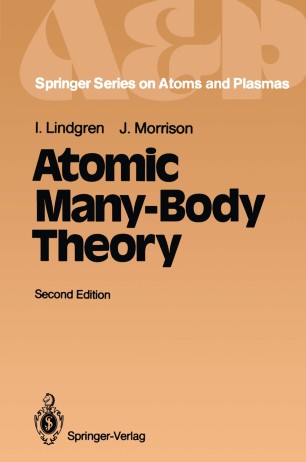 In the new edition only minor modifications have been made. Some print­ ing errors have been corrected and a few clarifications have been made. In recent years the activity in relativistic many-body theory has increased con­ siderably, but this field falls outside the scope of this book. A brief summary of the recent developments, however, has been included in the section on "relativistic effects" in Chap. 14. In addition, only a very limited number of references have been added, without any systematic updating of the material. Goteborg, December 1985 l. Lindgren· J. Morrison Preface to the First Edition This book has developed through a series of lectures on atomic theory given these last eight years at Chalmers University of Technology and several oth­ er research centers. These courses were intended to make the basic elements of atomic theory available to experimentalists working with the hyperfine structure and the optical properties of atoms and to provide some insight into recent developments in the theory.