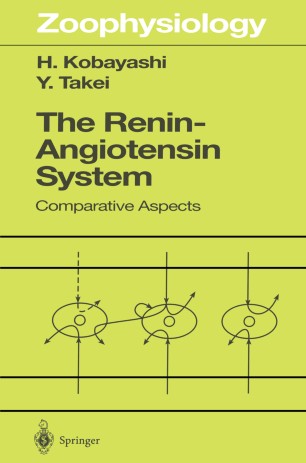 The renin-angiotensin system and the mechanisms regulating this system developed during the adaptive evolution of verte­ brates, along with many other systems involved in the in­ tegrated survival of the organism. Because animal species have evolved from common ancestral populations, a basis for the comparison of body structures and physiological processes ex­ ists among animal groups belonging to different classifications. The comparative approach provides a better understanding of the structure and function of adaptive systems and facilitates the development of general principles governing these systems among animal groups; further, this approach reveals significant characteristics specific to certain animal groups. As the evolu­ tion of adaptation of animals to environmental conditions is explored, directions for future research are suggested. In this book, advances in research on the renin-angiotensin system are described with emphasis on the comparative aspects. However, since studies on the renin-angiotensin system of birds, reptiles, amphibians and fishes are limited compared with those con­ ducted in mammals, in some chapters descriptions are con­ cerned primarily with mammals. It has taken a long time to write this volume, and the topic is a broad one, with new data always emerging; therefore, certain aspects, and sometimes the most recent information, may not be included. Chapters 1-3 and sections 8. 1-8. 4,8. 6, 8. 7 were written by H. K. ; Chapters 4-7 and Section 8. 5 by Y. T. ; Chapter 9 was written by both authors. H. Uemura, M. Nozaki, Y. Okawara, We are indebted to Drs.