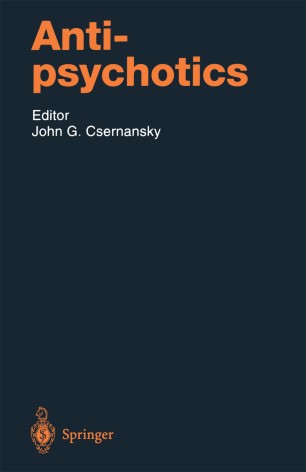 Antipsychotic drugs were first discovered in 1953, and not since the late 1970s has the Handbook of Experimental Pharmacology taken up this topic. A new treatment of this topic would be due under any circumstances; however, this is now particularly true, since remarkable progress has been made on several fronts in furthering our understanding of the mechanisms of antipsychotic drug action. First, we have learned that schizophrenia is an illness with particu­ lar neuroanatomical abnormalities, many of which suggest that the illness is caused by errors in neurodevelopment. These findings have helped to form a context for understanding neurochemical aberrations in the illness and suggest new approaches for pharmacological treatment. Propelled forward by rapid advances in neurochemical anatomy, current pathophysiological hypotheses of schizophrenia and antipsychotic drug action have taken on the appearance of complex electrical circuit diagrams. Second, molecular biology studies have now revealed that there is a multiplicity of dopamine receptors (i. e. , D , DZshort' j DZlong, D , D , and D ), some of which may become entirely new targets for 3 4 s antipsychotic drug action. Ironically, the development of drugs that are selec­ tive for these receptors and that can be used to investigate their function lags behind; yet the discovery of these new receptors offers unparalleled opportu­ nities for developing drugs with improved efficacy and fewer side effects.