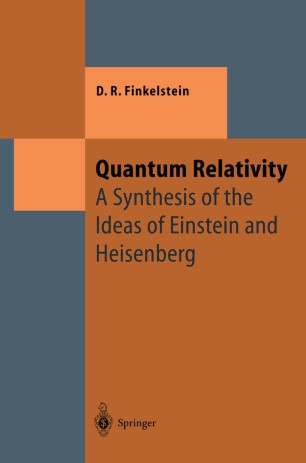 A Synthesis of the Ideas of Einstein and Heisenberg

The author presents a simple algebraic quantum language sharpening and deepening that of Bohr, Heisenberg, and von Neumann, with its own epistemology, modal structure, and connectives. The core of the language is semigroup of physical actions. The work extends quantum algebra from first-order to high-order propositions, classes, and actions; from positive to indefinite metrics; and from quantum systems to quantum sets, quantum semigroups, and quantum groups. The reader learns the theory by applying it to simple quantum problems at gradually higher levels. The author applies the extended quantum theory to a spacetime structure, which was taken as a fixed part of the classical framework of the original quantum theory. This leads to a simple proposal connecting the internal variables of spin, color, and isospin with the fine structure of spacetime.