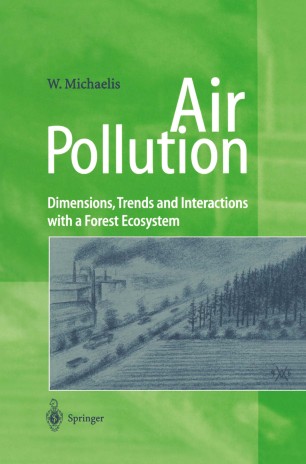 Dimensions, Trends and Interactions with a Forest Ecosystem

In the early 1980s, forest decline became a matter of public and scientific concern when forest stands with Norway spruce (Picea abies [L. ] Karst. ) showed evident damage on a large geographical scale throughout Europe. The causes of the observed symptoms could not be elucidated on the basis of the state of knowledge at that time. Therefore, several research projects were launched both in Germany and in some other countries in order to identify the relevant pathogenic factors. In 1985, the Federal Ministry for Research and Technology decided to include the site "Postturm", forest district Farchau/Ratzeburg, in the spon­ sorship of the research on forest decline as a site typical for lowlands and a sphere of anthropogenic urban influence. The investigation area is situated about 40 krn east-northeast of the city of Hamburg. Since spruce trees in particular showed severe decline, emphasis was laid on this species. The programme started in 1986 and extended to 1992, with some activities con­ tinuing beyond this time. Working groups from 13 institutions took part in the overall project.