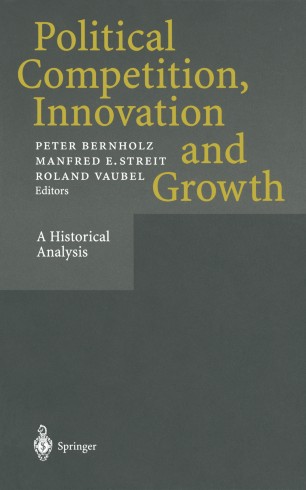 This volume confronts an important historical hypothesis with empirical evidence from selected periods of history. The hypothesis in question states that competition among political and legal organisations in developing rules has been a crucial condition for liberty, innovation and growth in the history of mankind. It is due to Immanuel Kant, Edward Gibbon and Max Weber and has been revived and further developed by Nobel-Laureate Douglass C. North who contributes the first chapter. The volume brings together political economists, historians and legal scholars to discuss the role of political competition in the rise and decline of nations - both in theory and in a large number of case studies.