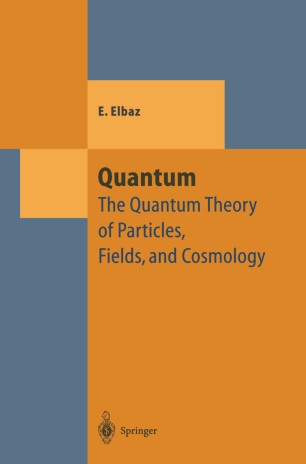 The Quantum Theory of Particles, Fields and Cosmology

This textbook represents a new approach in the teaching of quantum physics. The first seven chapters present nonrelativistic quantum mechanics and its interpretation as well as perturbations and scattering theory. They include Dirac's and Feynman's formalisms. The chapter on symmetry treats gauge transformations, too. The quantum theory of angular momentum includes the isospin of leptons and quarks. It uses as a new tool the graphical spin algebra. The second part of the book is devoted to quantum fields: Boson fields including Higgs fields, Dirac's theory of Fermion fields, quantum electrodynamic and quantum chromodynamics. A brief review is appended to raise the students' interests in quantum cosmology.
The readers will also find many detailed worked examples and many problems to test their own understanding.