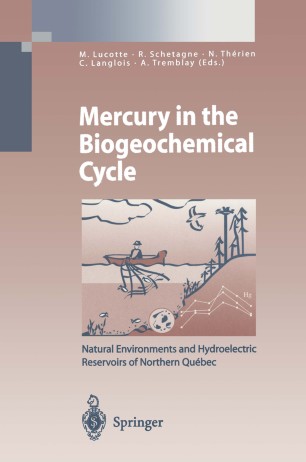 Mercury in the Biogeochemical Cycle

Nowadays, major environmental issues are the object of large public debates de­ spite the fact that scientific knowledge is often insufficient to draw unequivocal conclusions. Such is the case in the ongoing debate regarding the specific contri­ butions of anthropogenic greenhouse gas emissions and of natural climate changes to global warming. At least 10 to 20 years of additional observations will be re­ quired, before we will be able to conclude, with certainty, on this subject. In the mean time, and as directed by their immediate interests, people will continue to promote contradictory opinions. The media are, in part, responsible for perpetuat­ ing such debates in that they convey indiscriminately the opinion of highly credi­ ble scientists as that of dogmatic researchers, the latter, unfortunately too often expressing working hypotheses as established facts. Naturally, in a similarly mis­ informed manner, pressure groups tend to support the researcher whose opinions most closely represent either their particular ideological battles or their economic interests and, hence, in their own way, add further to the confusion and obscurity of the debate. Only a few years ago, mercury (Hg)contamination in hydroelectric reservoirs was the object of such media and social biases. At the time, analytical data used to support the discourse were themselves uncertain and numerous hypotheses, often times fanciful, were proposed and hastily "delivered" to the public.