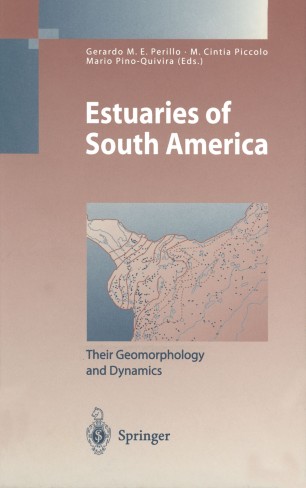 Their Geomorphology and Dynamics

The original idea of this book started when we were making a residual fluxes study of the Paranagua Coastal Lagoon (Brazil) near the colonial town of Guaraque~aba.Among the beautiful mangroves of this Brazilian National Park, between profile and profile, we wondered why South American estuaries were little known in the international arena. Besides, most of the papers published in the literature are based on biological research. Practically nothing is known about their geomorphology and dynamics. That night, while we were walking along the hilly streets of the town, we decided that the only way to have an idea about the degree of advance in the geomorphology and dynamics of our estuaries was to ask the proper South American researchers to write review articles about the estuaries in which they were working or about the gen­ eral state of the art of the Geomorphology and Physical Oceanography of the estuar­ ies of his/her country. The book grew from then on. Although initially many scien­ tists offer to write a chapter, we ran into the same problem these researchers have to publish in journals, they felt that their English was not good enough and withdrew. However, we are very satisfy about the number and quality of the contributions which also passed a very strong review process.