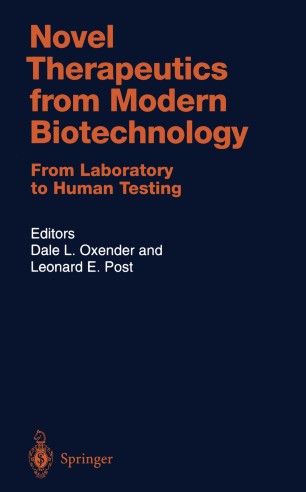 From Laboratory to Human Testing

A cover story of Business Week Magazine in January 1984 stated "Biotech Comes of Age". In February 1986, Venture Magazine had a cover article entitled "The Biotech Revolution is Here". This article went on to say "New Genetic Technologies Will Transform Our Lives". These announcements were made many years after the first biotechnology companies, such as Genentech, Cetus, Amgen and Biogen, were formed-to commercialize the "New Biology". . At the time of writing this book, there are over 1300 biotech companies developing new technologies or identifying potential biotech drugs. Most of these companies were started in the height of the "high-technology hype", although companies are still forming as the technology advances. A more recent survey showed only a relatively small number of Food and Drug Administration (FDA) approvals among over several hundred biotech­ nology products now in clinical trial. One could ask why it has taken so long to produce biotechnology products. Part of the reason is that each new class of biotech products brings with it a set of problems that need to be solved before they enter clinical trials. These problems are often unique to biotechnology products, such as peptides, proteins, monoclonal antibodies, nucleic acids and cellular therapies.