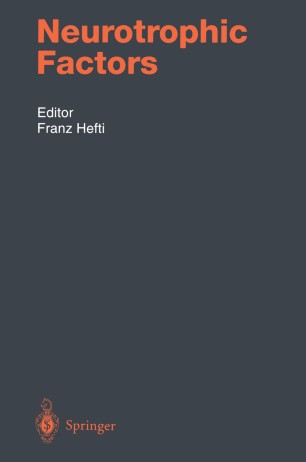 The pharmacology of neurotrophic factors is part of the general field called neuroprotection or neurodegeneration, which has emerged during the past two decades. This new broad research area has identified molecular mechanisms that regulate the morphological plasticity of the nervous system and, in con­ sequence, discovered novel pharmacological approaches to manipulate these processes in disease states. The new, structural neuropharmacology as de­ scribed in this volume attempts to regulate the anatomic aspects of the nervous system and is perhaps comparable to hardware manipulation in computer systems. In contrast, classical neuropharmacology identified multiple ways to modify the function of existing synapses or ion channels in the nervous system, comparable to software manipulations in the computer field. The pharmacol­ ogy of neurotrophic factor is at an early stage and has not produced any major drugs yet. However, the first quintessential clinical trials have been carried out in the past two years or are currently in progress. Rapid further advances can be expected. The discovery of nerve growth factor (NGF), the first protein known to promote survival and growth of nerve cells, led to the discovery of a family of related proteins, the neurotrophins and their receptors. This concept was generalized to incorporate many other protein families that are included in the functional definition of neurotrophic factors, i. e. , proteins able to regulate survival and differentiation of neurons.