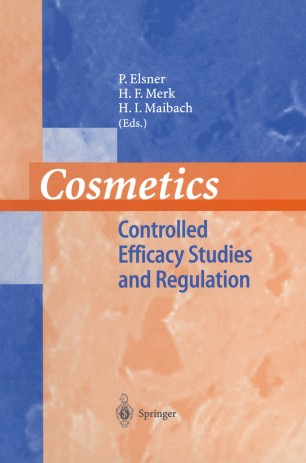 th Together with the 6 Amendment - Council Directive 93/35 EEC - to the Cosmetic Directive 76/768 EEC it was the first time that, according to Article 7b, special claims of efficacy could be legally attributed to cosmetic products but under the obligation to make evidence of the claimed effects; also an entirely new "controller" was introduced - the independent "safety assessor", This indeed means not only progress in reliable and honest marketing arguments but above all transparency as to the respective proof and thus protection of consumer's health. Such claims demand high standards in scientifi­ cally based methodology and their results in order to prove such demands evidently. There are also within the 6" Amendment to the Cosmetic Directive in Article 4a strict restrictions as to the further use of conventional animal testing for cosmetic pro­ ducts and their ingredients and especially for finished products. Without doubt there is a competition between the necessity and expectations on consumer health on the one hand and the requirements of acknowledged protection of animals as done in Council Directive 86/609 EEC on the other. But at least, based on the present state of knowledge, tests in human beings cannot replace animal testing in all instances. Not only ethical reasons alone prohibit or impede testing in humans but also very often the lack of knowledge on functional and/or biological processes underlaying observed effects with the consequence that suitable experimental methodologies are missing.