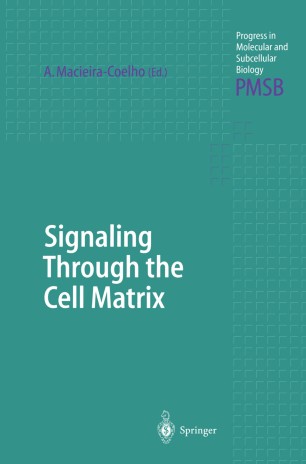 Signaling Through the Cell Matrix

Part of the Progress in Molecular and Subcellular Biology book series (PMSB, volume 25)

This book covers a hot subject in cell biology; i.e. how the cell environment sends messages to the cell, regulates gene expression, and modulates the cell phenotype. For a long time the extracellular matrix was believed to have only a supporting role for cell attachement. However, it became apparent that the matrix participates actively in cell metabolism. The experiments that led to this conclusion are described in this volume. Progressively, molecules have been identified that transmit this signaling at the cell-matrix interface. Their identity and mechanism of action are also illustrated in this book. Finally, it explains the role the cell-matrix relationship plays in the regulation of cell proliferation, cell differentiation, and the expression of malignancy.