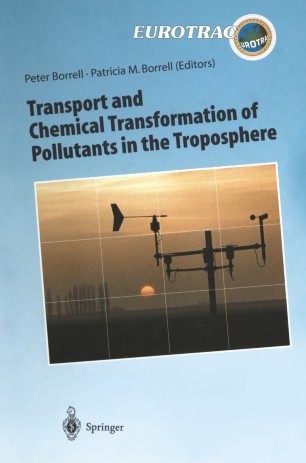 Transport and Chemical Transformation of Pollutants in the Troposphere

An Overview of the Work of EUROTRAC

Part of the Transport and Chemical Transformation of Pollutants in the Troposphere book series (3373, volume 1)

A major environmental concern is the increasing burden on all scales of photo-oxidants, acidifying substances and potential nutrients in the troposphere. These lead to episodes of summer smog, and appreciable damage to eco-systems both on land and at sea. Underlying the environmental effects is the complex scientific problem of linking the man-made and biological emissions to the myriad chemical reactions that transform the pollutants as they are transported to and deposited in the surroundings and also pristine areas remote from the sources. The project, the scientific results of which are described in this book, was set up to study the problem in an inter-disciplinary way by co-ordinating the work of more than 150 research groups in some 20 countries. The book deals with all the scientific aspects of the problem, ranging from laboratory and field studies to complex computer modelling and instrument development. As such, it presents a lively picture of the subject, written by acknowledged experts in the field. The book contains analyses of the trends in pollutant concentrations in the 20th century, and gives not only detailed overviews of the scientific fields that constitute the atmospheric sciences, but also numerous suggestions for the future work that will necessary before the required scientific guidance can be given with sufficient confidence to those responsible for environmental policy development for the troposphere.