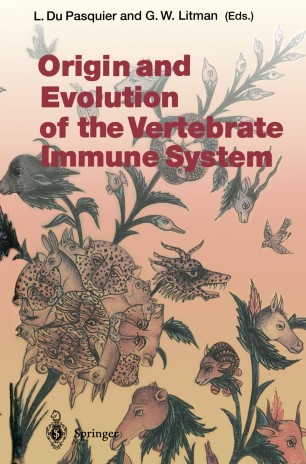 Origin and Evolution of the Vertebrate Immune System

The comparative approach to immunology can be traced to the era of Pasteur and Metchnikov in which observations regarding foreign recognition in invertebrates was a factor in the develop­ ment of the principal concepts that created the foundation of what now is the broad field of immunology. With each major experimental and conceptual breakthrough, the classical, albeit essential, question has been asked "are the immune systems of phylogenetically primitive vertebrates and invertebrates similar to that of mammals?" Somewhat surprisingly for the jawed verte­ brates, the general answer has been a qualified form of "yes", whereas for agnathans and invertebrate phyla it has been "no" so far. The apparent abruptness in the appearance of the immune system of vertebrates is linked to the introduction of the somatic generation of the diversity of its antigen specific receptors. Therefore the questions regarding the origin and evolution of the specific immune system revolve around this phenomenon. With respect to the origin of the system (aside from the or­ igin of the rearranging machinery itself, the study of which is still in its infancy) one can ask questions about the cellular and mo­ lecular contexts in which the mechanism was introduced.