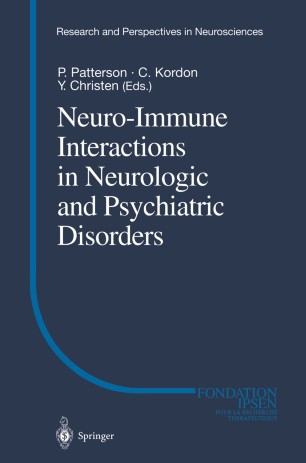 This book arrives at the moment when the role of inflammatory processes in neurodegenerative disease, mental illness, and injury is starting to become more widely appreciated. As summarized in these chapters from some of the major laboratories in the field, not only can the brain interact actively with the immune system, but it can generate its own inflammatory responses to stress, certain diseases, and other insults. The contribution of cytokines and other inflammatory molecules to Alzheimer's disease is highlighted here, as is the key importance of the brains's own inflammatory cells, the microglia. Such studies in cell culture and in animal models clearly have the potential to influence clinical practice. The two-way communication between the brain and the immune system is emphasized by experiments showing that infection in peripheral tissues can cause dramatic changes in behavior of animals, while behavioral states such as severe depression can induce marked changes in immune function. These molecular and anatomical bases for such interactions are becoming understood, which will ultimately have therapeutic implications.