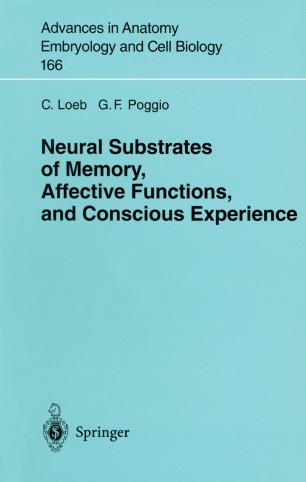 This review presents an account of the areas and circuits of the brain that are thought to be involved in such cognitive functions as memory, affect and consciousness. Considerable progress has been made in the past two decades in the identification of the cerebral areas and in our understanding of the brain mechanisms involved in these functions, thanks in large parts to a number of imaging observations (PET and fMRI), together with many clinical neurological and experimental studies. Thus, there is now convincing evidence that these high level functions are represented in a complex organization of interconnected cortical and subcortical areas that operate as spatially distributed systems, specialized for the different cognitive activities. Despite the progress that has been made, it is still not known how genetic and environmental factors interact during early development and throughout life to create the necessary conditions out of which these cognitive capacities emerge, nor is it evident to what extent they are shaped by adaptive changes in synaptic organization and other forms of neuronal plasticity.