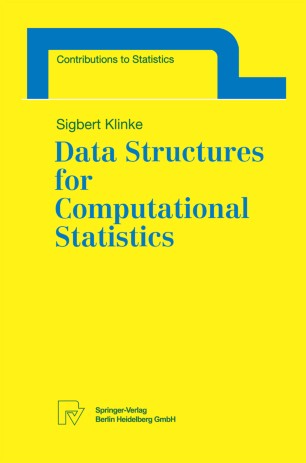 Since the beginning of the seventies computer hardware is available to use programmable computers for various tasks. During the nineties the hardware has developed from the big main frames to personal workstations. Nowadays it is not only the hardware which is much more powerful, but workstations can do much more work than a main frame, compared to the seventies. In parallel we find a specialization in the software. Languages like COBOL for business­ orientated programming or Fortran for scientific computing only marked the beginning. The introduction of personal computers in the eighties gave new impulses for even further development, already at the beginning of the seven­ ties some special languages like SAS or SPSS were available for statisticians. Now that personal computers have become very popular the number of pro­ grams start to explode. Today we will find a wide variety of programs for almost any statistical purpose (Koch & Haag 1995).